This is the last machine in the trilogy of Millionaires Club slot machines from Amaya Gaming. In our opinion, this is one of the best games that they have produced too! Let us tell you what it is all about. 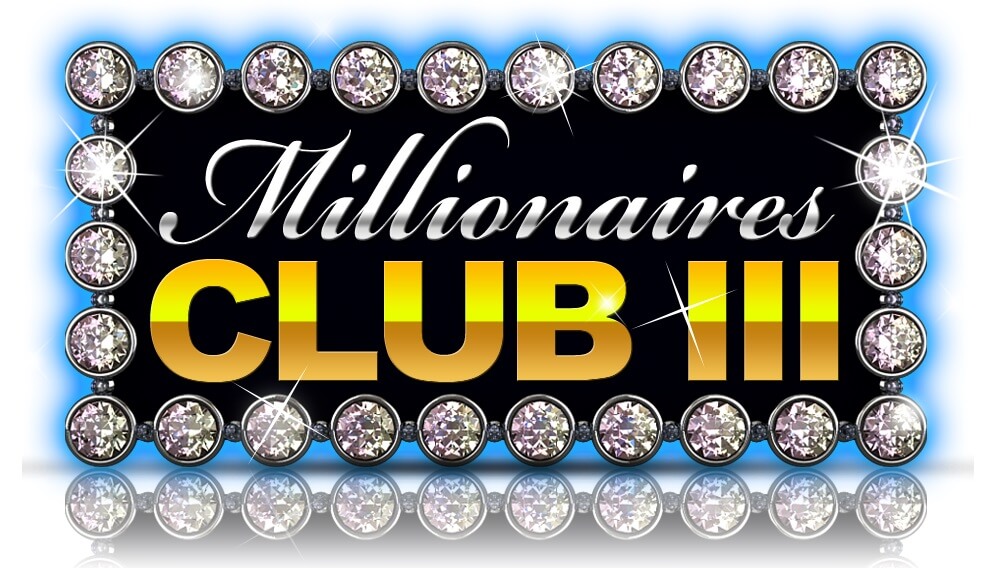 Millionaires Club III is a progressive slot machine. This means that all the casinos which offer this slot machine are ‘linked’. There is a central jackpot in place. The more people that play this game, the higher that jackpot starts to climb. While it is not the most popular of the progressive slot machines out there, the jackpot does seem to hit high amounts on a regular basis, which means that you should really have no issue with it.

There are 5 reels and 20 pay lines on the Millionaires Club III slot machine. Anybody who has played one of the previous games in the series will know that this is a massive departure from what came before it. Previous games only had a single payline. It is good, but in the world of online slots, you want something a little bit more. Thankfully, this iteration of Millionaires Club III delivered on that front.

The theme of the game, as you may expect from a game based around millionaires, is all about the glitz and the glamour. If you have ever played the Mega Fortune line of slot machines from Netent before, then you will know what to expect. This game uses very much the same design ideas i.e. the symbols are things that you could be buying if you win the progressive jackpot. Nothing major, just enough to keep you interested!

As this is a game which relies on as many people playing it as possible, you can expect it to be simple. It is. In fact, other than deciding how much you want to bet on each line, the Millionaires Club III slot is very much a case of hitting the spin button and hoping for the best. We must say; we absolutely love slot machines that are easy to play. It is nice to kick back after a long hard day and really sink your teeth into them!

The 'Gem' Feature: The other feature is the gem round. This is randomly triggered. During this feature, you will need to select gems on the screen. Behind each gem is a different bonus. Some allow you to unlock the jackpot reel that we mentioned before, others give you multipliers, and others just give you cash prizes. 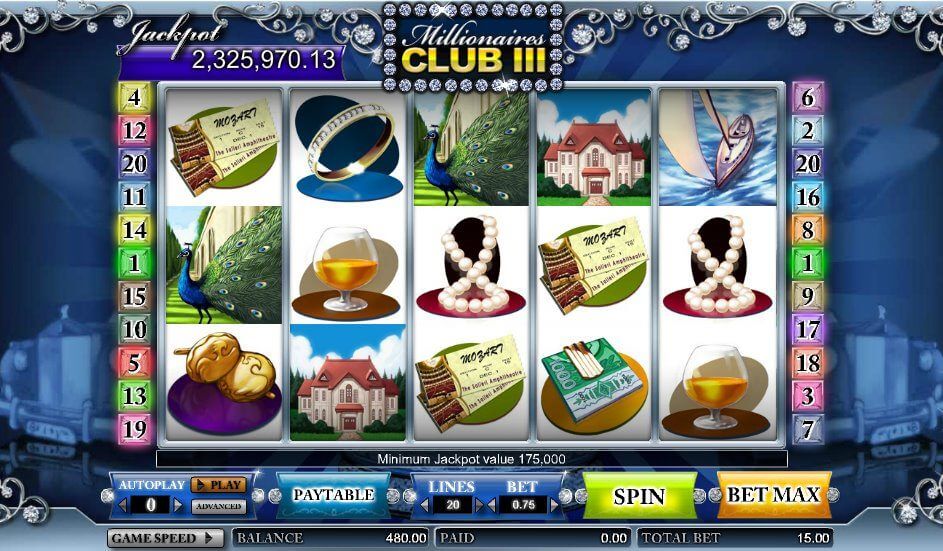 At the time of writing you, sadly, are unable to play the Millionaires Club mobile slot machine on a mobile device.

Due to the age of the game, it is unlikely that the team behind it will be releasing an update to allow you to do this either. If you do want a similar progressive slot machine that you can play on a mobile device, then we recommend that you check out Mega Fortune. It is a great game too!

While there are better progressive slot machines out there, we must say that we do have a little bit of love for the Millionaires Club III slot. It was one of the first progressive slots that we ever managed to get our hands on, and that really does mean something to us.

We urge you to give it a go. It is a nicely themed game which is going to be fun for a few spins. You never know, you might win that progressive jackpot too, which would be lovely!

You can play the Millionaires Club slot on any website which offers Amaya Slots. If you are struggling to find somewhere to play, then the team here will be more than happy to throw a few suggestions your way! In fact, we have put together a list of some of the best Amaya online casinos below!