Twin Spin Deluxe is billed as the follow-up to the critically successful ‘Twin Spin’ slot machine. However, there are a couple of key differences between the two. Is Twin Spin Deluxe great? Well, that is what we will look at here. 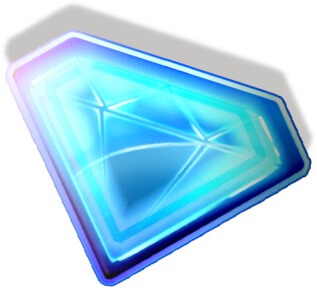 Twin Spin Deluxe is a 6 reel slot machine. It pays out in clusters (more on that in a short while). This is a massive difference to the original Twin Spin which paid out by the line. The minimum bet per spin is 10p. The maximum is £100.

For the most part, NetEnt have tried to retain the ‘feel’ of the original with the Twin Spin Deluxe slot machine. This game has been given a bit of a futuristic updating, but it still looks functionally the same. We must say that we are massive fans of the lick of paint that Twin Spin has been given, mainly because the old game was looking a bit tired.

While the gameplay of Twin Spin Deluxe is much the same as the previous game in the series, this is not a major issue for us. It feels familiar. Sure, the original version of the game did not have a wealth of features available, neither does this one, but that does not matter. It is simple.

It is designed to play ‘quickly’ and offer you some money. We can’t imagine that people will be spending hours upon hours playing the Twin Spin Deluxe slot machine, but they likely will be having a couple of crafty spins on occasion.

As with the previous version of the game, Twin Spin Deluxe is built around a solitary feature. This is that every time that you spin the reels in the game, two adjacent reels will spin together. Well, at least two. This means that you will always have at least a couple of reels which have the same symbols, which is nice! In rare cases, you may see all of the reels spin at once. However, to be honest with you, I have never heard of this happening so it must be exceedingly rare.

The key difference between Twin Spin Deluxe and the previous version of the game is the fact that this game pays out in clusters instead. You will need to get 9 or more of the same symbol appearing in a cluster, which is actually easier than you may think.

I actually prefer this as opposed to the traditional line structure, mainly because the way in which the reels spin together really lends itself to forming some pretty amazing combinations.

However, do bear in mind that Twin Spin Deluxe is a medium to high volatility slot. This means that it is unlikely that you will be seeing the wins come in thick and fast. You will have a couple of larger wins, albeit with a few spins between them. It levels out, but you will need to have a decent bank roll to keep you chugging along. 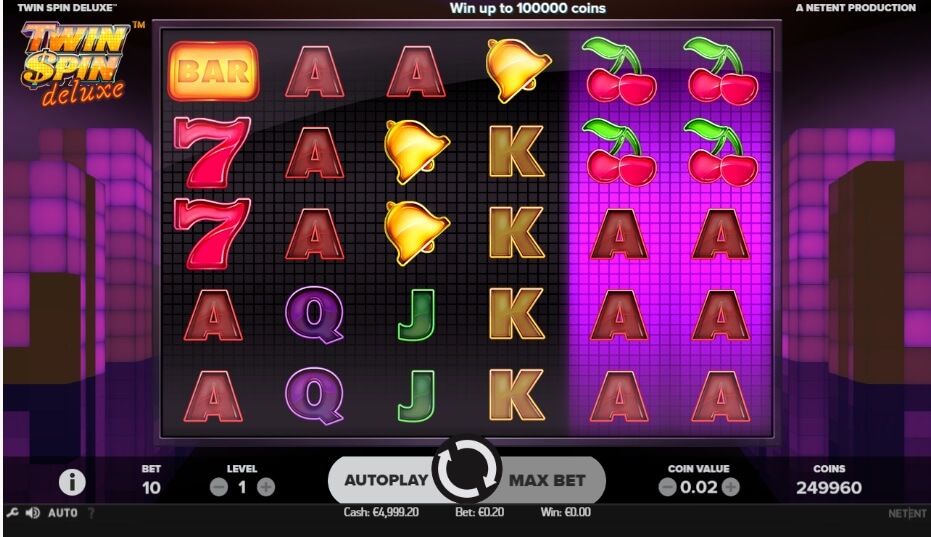 It is evident that a lot of the focus for NetEnt here was to make a fantastic mobile slot. In fact, this is probably one of the best mobile slots that NetEnt have pumped out for a while, and that is really saying something considering NetEnt really do produce some tremendous mobile slots.

The game looks fantastic, even on the smaller screen. The graphics are nice and bright, and the music sounds perfect when blasted through headphones. What is not to love there?

Summary:  Do We Recommend?

Of course! I mean, we here at All Gambling Sites were massive fans of the original Twin Spin slot machine, so why we would not be fans of this ‘reimagining’?

It is the perfect slot for those new to the world of slot machines, as well as those who have a bit more experience under their belts. If you wish to play the Twin Spin Deluxe mobile slot, then all you need to do is hop on over to an online casino which offers NetEnt slots. Thankfully, these should not be too difficult to find! If you want a couple of suggestions, then we have included some below for you.