A loveable Fox family themed slot, play Foxin’ Wins for lots of extra cheeky fun features which help you take some Foxin wins! As they say, ‘Have a Foxin’ good time with Foxin’ big prizes!

NextGen’s Foxin’ Wins is a popular slot which features some playful yet cunning foxes to help you win big. Set within a gilded frame and featuring all the ;suave' things in life, but featuring foxes and leprechauns, play Foxin’ wins for some cheeky slot entertainment that’s not only fun, but pays out frequently too.

How to Play Foxin’ Wins Slot 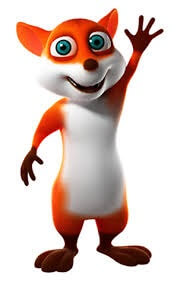 Foxin' Wins slot by NextGen Gaming is designed with a 5-reel, 25 pay line structure and is quite straight forward to play. The theme of this slot features a rather suave, dapper looking fox, who seems to be lord of the manner, but in a cheeky, jovial way. Also making an appearance are the 4 fox cubs or 'pups' popping up now and then to help you activate some extra pay lines as they are the Wilds. Foxin’ Wins shows off all the finer things in life, the icons on the reels show off fast, flash convertible cars, rolled up ‘wads of cash’ and a fountain with a gold statue in the middle which is obviously an ornament in front of Mr Fox’s mansion!

Get started by loading the slot, and setting it up to spin within your preferred betting limits. You can choose between 1 – 25 pay lines, with coin sizes ranging from €0.25 - €25.

You can chose what’s called the super bet feature which hides one, two or four fox cubs, behind the reels. Sporadically, these pups will pop out and turn symbols in wilds, Wins are triggered with three identical symbols in sequence from the left hand reel. Choosing this feature will cost you slightly more, but trust us, we found it valuable to opt in. More about that below.

Foxin’ Win’s is a low volatility slot so wins come and go frequently, yet on the smaller side. Foxin' Wins Slot is Perfect for all types of casino player, leaning towards the more casual, if we had to pick a side.

Foxin' Wins is really fun to play and offers a fair few extra features to keep you entertained, including Wilds, a Super Bet feature, random pop up features with will reward you, and an extra free spins game.

Foxin’ Wins Wilds: The suave looking Gentleman fox is depicted on the wild icons, and they replace all other symbols except for the scatter symbol.

Superbet and Random ‘Pup’ Wilds: This feature is really fun! You can opt to put an additional wager when spinning, by adjusting the lever on the side of the slot. If you don’t opt in, then it will give you only one fox cub on reel number 3, turning random symbols into Wilds. When you opt for Superbet level 1, which will cost you 35 rather 25 coins, you'll get pups on reels 2, 3 & 4. If you decide to opt for Superbet level 2, which is 50 coins, the cubs will appear randomly on all reels and far more frequently, giving you chances to get even bigger wins. It’s an interesting feature, one that we always opt in for the highest Superbet level at €0.50. We found that doing so resulted in some nice wins gained from just going that level or 2 higher.

Free Spins Game: You will get 10 free spins when you land three or more scatter symbols anywhere on the reels.They’re depicted as pots of gold. Also, during the free games the fox pups will appear more frequently, giving you more action and hopefully bigger wins. What’s more to top all of this off is that all wins made during the free spins game are doubled, plus they can be re-triggered!

Leprechaun Shake Down Random Bonus: In this feature, the leprechaun can show up at any time (totally random) and Mr Fox sure is keen to chase and catch him. When he does show up, you’ll see the leprechaun run across the screen as Mr Fox tries his best to catch him. If he manages, you'll be awarded a big wins, even bigger than given in the Fox Fund random bonus.

Foxin’ Wins is available to play on almost all mobile phones and tablets. Foxin' Wins is easy to play in minature and touch screen format and features all of the same bonuses and fun extra in game features to keep you entertained, on the go, where ever you please. Looking for a new mobile casino slot? Try Foxin' Wins Mobile Slot!

Foxin' Wins is one of our favourite NextGen Slots because of the theme and many of the in game features that not only keep you in the money but they’re highly entertaining.

Foxin’ Wins is really popular due to the nature of the slot, so much so, that there’s already a sequel to it, in case you couldn’t get enough of Mr Fox (chasing Leprechauns!) and the love-able pups. It’s called Foxin Wins Again and is set out at sea!

Foxin' Wins graphics are fun and cartoon like, and all we can say is that this slot is a lot of fun to play that you need to try it. Take our word for it and try out the super bet feature as we felt that the extra coin’s per win resulted us in high value prizes.

You can play Foxin Wins at any Casino which offers NextGen /Amaya Slots. Choose some of the best casino sites to try it at below. All offer the best casino bonuses, free spins offers and casino experience.

Where To Play Foxin' Wins Slot