The Siberian Storm Progressive Jackpot Slot is a bit different to most other slot machines out there. This is actually a slot machine which could be found in many an ‘offline’ casino for a few years. 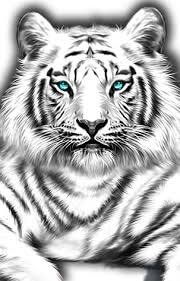 This is a 5 reel slot machine. It takes the form of a ‘hexagon’ though, so it is a touch different to a few of the other slot machines that you may have played in the past.

The two ‘outer reels’ have three symbols on them, the next 2 have four, and the middle has five. This results in over 720 different paylines. The minimum bet is 50p per spin, with the maximum bet coming in at £150.00 per spin. This puts it on the ‘average’ level when it comes to slot machine prices.

This game is has absolutely fantastic graphics. The symbols just pop out on the screen and everything is just so simple to read. As you can probably guess, this whole game is based around Siberia. This means you can expect Tigers and the like.

Whilst the theme doesn’t play too much into the way in which the game works on a ‘bonus feature’ level, it is a nice theming and you are going to come to love it. There are far too many games out there nowadays with dreadfully poor theming, so it is nice that IGT has gone above and beyond to create a rather epic game.

This game plays a little bit differently to other slot machines out there. This is because it includes a feature that IGT like to call MultiWayXtra wagering.

This means that the slot machine can play from the left to the right, and then vice versa. This, effectively, doubles your chance of winning on the machine. As we mentioned earlier, there are a whopping 720 ways to win, which means that you have a good chance of winning some cash.

That being said, it is one of those high variance slot machines. This means that it is not going to pay out as often as some of the other slot machines that you can find online.

However, when it does pay out, you can normally expect the payout to be pretty big, which means spinning those reels will be completely worth it.

Since the bulk of the Siberian Storm Progressive Jackpot Slot machine is based around a major feature as it is, there is very little in the way of extra features. This means that you are not going to have to learn too much in order to get the maximum amount of fun from the game. That being said, there are a few features which are probably worth highlighting:

5 Siberian Symbols: if you get five of these, then you will be enjoying a 50,000 coin jackpot. This is an absolutely huge win. In fact, you could win up to £50,000. That being said, the chances of this happening are fairly minimal. The game does like to ‘tease’ you a lot, though. Your heart is going to skip a beat when four of the symbols appear, but you may not quite get it.

Free spins: this is where the majority of your ‘bonus play’ time is going to come from. In order to trigger the free spins, you are going to need to get the Tiger’s Eye Symbol on five reels. You will get eight free spins. However, as you play through those free spins, there is a high chance that you will be able to net yourself up to 240 free spins. It is rare, but it does happen!

Wilds: the wild symbol is going to be stacked on the middle three rows. This, again, increases your chances of winning!

Despite the graphical intensity of this particular game, we were surprised to see that the Siberian Storm Progressive Jackpot Mobile slot played ridiculously well on our mobile devices. The lack of ‘intense’ features means that it works incredibly well as a game to play ‘on the go’.

If you are after a well-built online slot machine which isn’t packed to the brim with confusing features, then we really do suggest that you take a peek at the Siberian Storm Progressive Jackpot slot machine. It doesn’t pay out as often as we would hope, but when it does pay out, expect to be rolling in that cash!