GeMix looks to recreate the ‘gem matching’ games that seem to dominate many a smartphone nowadays. It manages to do that, and it actually makes the games far more interesting at the same time!

How to play GeMix Slot

Try not to think of the GeMix Slot Machine as a slot machine. It isn’t. Instead, it seems to be one of those new slot machines which seems to cross over into arcade game territory.

Based on what we have seen of GeMix so far it seems to be one of the best arcade/slot machine hybrids we have actually seen. This is because it is highly addictive, and it looks great too. Before we give you an overview as to how the game actually plays, it is probably worth talking a little bit about what the game actually looks like.

Honestly, there is not much in the way of a ‘looks department’ for GeMix. Play N Go have gone out of their way to ensure that the game looks as similar to the popular mobile games as possible.

The interface does seem to be a bit tidier than most other similar games, though. This is a great thing, particularly when you are playing on a mobile device and you do not want everything cramped up next to one another! 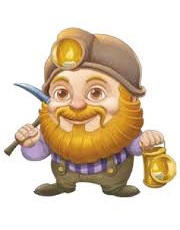 Graphically, despite the game just having gems on the screen, it does look pretty decent. You certainly are not going to be disappointed, that is for sure.

At first glance, GeMix may look like any other slot machine out there. You have 7 reels. However, these reels function in a slightly different way. The bulk of the game takes place in a 7x7 grid. When you press the ‘Start’ button, the grid will shuffle (as with a slot machine).

When combinations are made i.e. five or more adjacent symbols, the symbols will disappear and you will be awarded with the relevant winning amount. However, as these disappear, new symbols will fall from above and take their place. This will continue to happen whilst you continue to make new combinations on the slot machine. To cap it off, each time you get a combination on a single spin, your multiplier will rise. The more combinations you get, the higher that multiplier will be. A single spin could, theoretically, net you a nice chunk of change.

There are a few different features built into GeMix. These are going to be fairly simple to understand.

The main feature you want to be on the lookout for his ‘The Crystal Charge Meter’. Each time you win, this meter will fill up. When it is full, one of five randomised situations will happen. This includes:

Chain Lightning: the symbols in two of the corners will light up. This will turn each symbol between the two corners the same colour. This can result in some combinations.

Nova Blast: One symbol on the reels will randomly explode. This destroys many surrounding symbols. This will allow new gems to fall into place.

Crystal Warp: One symbol will be selected at random. Then, this colour, as long with every other gem of the same colour, will switch to be the colour of the gem which dominates the reels. This means more combinations.

Light Beams: a random symbol will be selected. Light beams will shoot out both horizontally and vertically, turning every single gem it touches into the same colour.

Super Charged Crystal: This is one of the rarest features in the game. If you hit this, then your winnings will be tripled.

Wilds: You also have wilds. The function of the wild will be dependent on the ‘world’ you are currently in (the game will cycle through these

as you progress). For example, in the miners world, wilds will randomly drop into the gameplay and will sit wherever they fit on the grid. In the Princess world, the wilds move, giving you multiple wins along the way. In the wizard world, the wild will be sticky. As with all other slot machines, the wilds can be used to replace any symbol on the screen.

As you can probably guess, since the GeMix Slot machine seems to be based around many, many mobile games nowadays, it has also been released for mobile devices.

After all, much of the target market is going to want to be playing this game in the palm of their hand.

The best part is that this game also functions ridiculously well. We have come across many a game which boasts similar graphics which just do not work well in smart devices. It can be tough to read the text on the screen, and sometimes there is a little bit of slowdown. That was not an issue for us when we played the GeMix Slot Mobile game.

If you are a fan of those ‘gem games’ on your mobile device but are, very slowly, starting to find them mind numbingly boring due to the lack of reward, then you will want to check out GeMix.

Sure, it is not exactly like the bigger gem games out there. In fact, you have very little control over the way in which it works.

That being said, it is going to provide you with a frightfully good time, and the fact that you will be able to score some cash while you are playing will make it doubly good!

We are more than happy to recommend the GeMix Slot Machine. Playing it is simple. You just need to find a company which offers Play N Go slot machines.

This shouldn’t be too difficult. There are plenty of them out there nowadays considering Play N Go are really gaining in popularity.

Other Top Casinos Where You Can Play Gemix Slot...