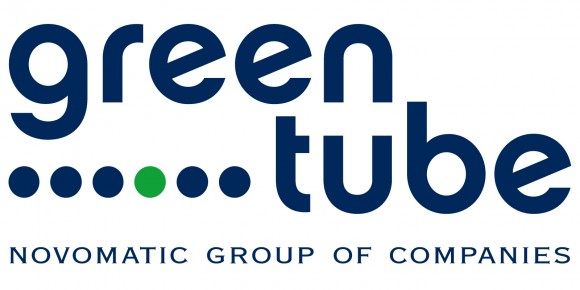 "Winning technology, Innovative R&D and Made in Austria" It’s hard to sum up Novomatic in just on one sentence as they are, put simply, a large group of gaming companies combined. They are however, long established and have a rich past of gaming experience and innovative moves to make them into one of the leading gambling providers today.

The Novomatic Holding Group was established in 1980 by entrepreneur Professor Johann F. Graf. Novomatic is an integrated global gaming company and, aims only at consistent growth by being a producer of high tech gaming equipment and operator of gaming outlets. Interestingly, the company offers its products and operations only in well regulated markets with precise regulatory frameworks which is how they are achieving their stable growth.

Novomatics Main Markets of Operation and its Market Share

The main markets that the Novomatic group have started in the past, present and in the future are mainly the Member States of the European Union. The Central, Eastern and South Eastern European markets where Novomatic entered early gave them precedence over competitors due to their early market entry, thus establishing an excellent position for growth and major market share. Novomatic also are expanding to markets with exceptional growth such as Asia and Latin America.

Novomatic are proud that the integral part of their thinking strategy is research and more research to be the best and to be the trendsetters – first on the scene, a bit like their early entry to eastern European markets.  Novomatic have some competitive advantages over some of their main competitors, such as the duality as both a producer and an operator so they are on both sides of the fence so to speak.

This gives them the outlook from both sides and an angle of how to proceed best in business, and it’s been working very well so far. Novomatic also focuses on promising technologies such as server-based / downloadable gaming as well as online, social and mobile gaming.

Novomatic are Serious about Responsible Gaming

This topic is increasingly important and one that Novomatic are very serious about. As a major gaming company, next to creative gaming ideas and technological innovations in operations, comes the basic concept of responsible gaming.

Novomatic has and will continue to do so, developed one of the most modern concepts for the prevention of pathological gaming in Europe and is proud of having developed and implemented an unique and innovative access control system for gaming operations that guarantees maximum protection of minors and pathological gamblers.

It’s really good to see that large companies like Novomatic are taking steps to protect their customers for such serious issues, it only backs up their integrity of a serious and fair gaming company and the group accepts and embraces its social responsibility and shows active commitment and engagement in numerous cultural activities, sporting events and especially social projects.

Novomatic Trivia - Did you know?

Casino slots fans, thanks to Novomatic, you’ll be playing some 400 + slots by a company of theirs called Greentube Internet Entertainment Solutions. Founded in 1998 as Dürrschmid & Reisinger OEG, the company became Greentube I.E.S. AG in 2000. In the last few years the company has gone from strength to strength, recording a series of extraordinary international successes and establishing Greentube as a highly respected name in the global gaming and media industry.

Greentube focuses on Casino Games like Slots, Table Games and Videopoker, as well as on Skill Games, downloadable 3D Games, Bingo and Poker both online and also mobile casino as well.

The most popular slots you would wholly recognise from Greentube Slots would definitely be the Book of Ra and The Book of Ra Deluxe, a somewhat more luxurious and modern version of the Original. The book of Ra is actually based on the live casino slot of the same name, so a big brand – yes and a very popular one at that.

As the focus company for the Novomatic Group's expansion into online gaming, Greentube is working intensively on further online development of Novomatic’s successful products and going forward we will see more and more of Greentube slots appearing in many online casinos in Europe and also globally.