If you love free spins and cats, then you are going to love having a bit of a flutter on Pretty Kitty, one of the latest slot machines from Microgaming.

At its heart, Pretty Kitty is a simple slot machine. You have five reels and over 243 ways to win. You do not have the ability to select possible win lines on this game, which sets it apart from the pack somewhat. The maximum bet on Pretty Kitty is £75 per spin, with the minimum bet being 30p. This puts it as ‘about average’ when it comes to the cost of playing. The maximum win on the game is 933 times your initial stake. Not the highest around, but it is good enough.

This is a slot machine which oozes class. It has designed to look as luxurious as possible. You can tell this by the beautiful velvet background, and the fact that all of the cats are wearing diamonds (we will talk about the importance of the cats later on!). The main symbols in the game are a ‘Pretty Kitty’ symbol, a selection of cats, and some gemstones.

Playing the game is actually fairly simple. You just input your bet, and you are ready to go. Hit that spin button and the game will do the rest of the work for you. Here, we find that it serves as a decent introduction to the world of slots and ensures that the player is not overwhelmed with the huge array of features that over slot machines nowadays seem to boast. 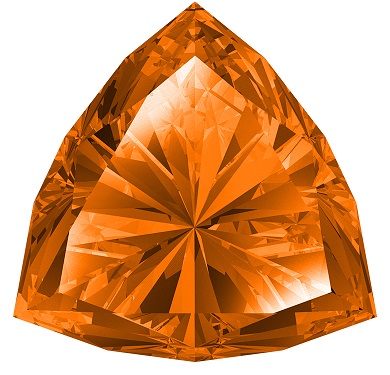 There are a few different features available on the Pretty Kitty slot machine, none of which are particularly complicated to understand. If you nail the understanding of these features, then it will make playing other slot machines easier since they will appear in some form or another.

Free Spins: This is where the bulk of your winnings will come from. If you get more than three diamond collars anywhere on the reels, the free spin feature will be triggered. This will be fifteen free spins right off of the bat. This can be extended to a further fifteen spins, meaning a total of thirty, if you get a Pretty Kitty symbol on reel one, which will lead to ‘expanding wilds’ on the other reels. This can cause some pretty big wins.

Wilds & Expanding Symbols: Wilds are cats (who would have thought from the name of the game?) these wilds can take the place of any symbol in the game. The real highlight of the game is the ‘expanding symbol’ feature. This takes the form of a ‘Pretty Kitty’ symbol. An expanding wild will expand to every other symbol on the reel. This, effectively, means that every other symbol on that reel is going to function as a wild. This is how you will be able to net those big wins, particularly when you are playing during the ‘free spin’ mode.

Just like the other slot machines available from Microgaming, Pretty Kitty also offers a mobile version of the game. This plays exactly the same as the standard game. During our playtests, there was absolutely no slowdown in the way the game played, a common problem with some of the more sophisticated slot machines out there.

In addition to this, the colours of the game appeared just as vivid as they would if you were playing on your computer.

For a simple game, Pretty Kitty Slot is actually a pretty decent game to play. It is simple and easy to understand. However, those who are looking to claim the ‘big wins’ may need to look elsewhere.

The maximum jackpot is far lower than a few other slot machines out there, although that is to be expected with the slightly lower maximum bet. The theme of the game is, obviously, not going to be everybody. If you can look beyond the cats, though, you will be able to experience a fun game.

Playing Pretty Kitty Slot should be simple. All you need to do is find an online casino which offers Microgaming Slots. This should be the vast majority of the larger companies out there.

You really should check it out and get a feel for how the game works. You will be surprised at how much fun you can have in something which is ever so simple to play. Have a look at our top Microgaming Casinos below.

Other Top Casino Sites You May Also Enjoy...