Islands which have been lost to time always seem to harbor treasures, right? That is what you see in movies, yes? Well, great! That is what the Loot Island slot machine offers. A lost island which is packed to the brim with what is, hopefully, going to be a lot of cash in your pocket.

How to Play Lost Island Slot 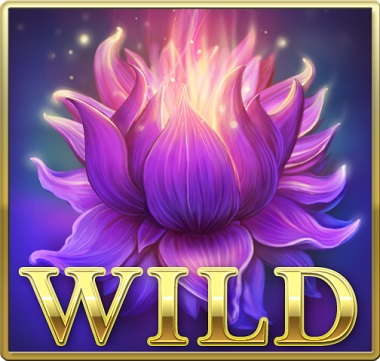 There are 5 reels and 20 paylines on this NetEnt slot . The minimum bet is 20p. The maximum bet is £100 per spin. So, you have a good range of bets which is going to cater for both experienced and newcomers alike. We like this. It means that everybody is going to be able to find a level that they are comfortable gambling at.

The theme of the game, as you can probably guess from the name, is an island which has been lost to time. In our opinion, the game is very much focused on a fantasy-mythical setting. It is not quite what we would have expected in terms of theme, but it works. We can’t really ask much more than that, really. As is standard fare with games from NetEnt, the Lost Island slot does look beautiful.

The symbols that you see in the game have an immense amount of detail in them, and the soundtrack to the game is captivating. Basically, we do not have any genuine complaints about the game’s design, particularly when you consider the fact that the game is very old.

Another defining feature of NetEnt games is that they are always going to be simple to play. This one is no exception to that rule. It is one of the simplest games we have played in a while. It does have a free spins feature (which we love!), but it is not going to be a drastically confusing feature.

We see Lost Island as very much a ‘gateway’ slot machine. Yes, there are other slot machines which do things better, but they do tend to be a bit more difficult to jump into, which can put people off the world of online slots. Basically, this is going to be a nice stepping stone.

Lost Island Wilds: The main feature of this game is the Wild Multiplier. This will go up based on the amount of wilds that you get on the reels. So, for each wild you get, the multiplier will go up by 1. The wild does not even have to be part of the winning combination, it just has to be on the reels. This makes it simple to get. The maximum multiplier that you will be able to get here is a 5x multiplier.

The Lost Island slot machine is one of the older machines in the NetEnt arsenal. In our mind, this would mean that the mobile version of Loot Island would not be all that good. Oh, we were so wrong here. We are ashamed that we doubted that NetEnt would be able to pull off something that was so great.

This game looks beautiful on even the smallest of screens. The colours in the game really pop out and give it a nice dynamic. It is not a drain on system resources either, which means that it is going to function well on even the oldest of mobile devices (well, old smart phones, you aren’t running this on your Nokia 3310, even if the battery in it is still working).

Considering its age (in the world of online slots, of course), the Lost Island slot machine is surprisingly fun. We feel that both experienced players and newcomers will be able to get something out of it, the latter group more so. At least give it a go! You can play the Lost Island slot machine on any casino sites that offers NetEnt slots. Struggling to find somewhere to play? Don’t worry. We did too. That is why we got the team here at All Gambling Sites to put together a list of the best online gambling sites below. We suggest that you check them out!

Where To Play Lost Island Slot